My sisters are insane and beautiful and hilarious and absolutely delightful to be around when they aren't being bitchy.  They are equipped with an innate ability to have fun wherever life might take them, they march to the beat of their own drummers, and they don't mind telling you to buzz off if you don't agree.  They do things like marry a handsome foreigner in a quickie ceremony at the courthouse without telling anyone, pick their colleges out of a hat, or get auctioned off as a date on the local radio station... and those are just the things I'm allowed to tell you.  They do not, however have a lick of cooking sense between the three of them.

That wasn't fair... there may be a tiny, itsy bitsy bit in there, but for the most part, all of the cooking genes came my way.  Lyndsey can make gorgeous centerpieces out of fruit, Rachael cooked a turkey this year for Thanksgiving with a bit of guidance, and Elise... well, Elise literally measures out 2 quarts of water when cooking Kraft Mac N Cheese because that is what the box tells her to do.  Yeah... she's the one stirring with an "air spoon" on the right. 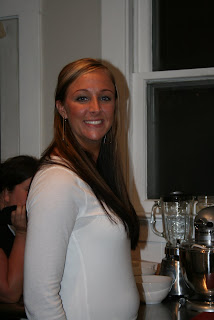 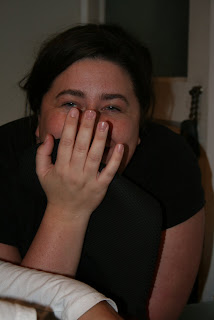 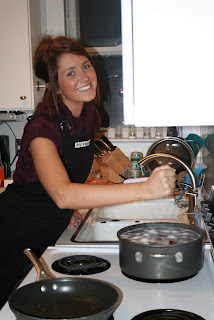 To remedy this a bit and provide an excuse for my family to have dinner all in one place before Elise returns to school, I decided to teach them how to cook.  Rachael came up with the concept of a cooking lesson, Elise & Lyndsey chose the menu.  I was just along for the ride, some seasoning guidance, and to make sure they didn't burn my house down.  They kicked all kinds of ass in the kitchen.  I'm not going to lie, it made me a little teary, I was so proud of them.

For the vinaigrette, pour 6 full tablespoons of olive oil, 2 tablespoons of apple cider vinegar, 1 tablespoon(ish) of sugar, 2 tablespoons of honey, and about 1/4 a small red onion minced finely into a container with a lid.  I also dump in whatever seasoning I am in the mood for.  Shake vigourously... if you are my idiot sister, you also pose for photos to demonstrate the crazy shaking involved. 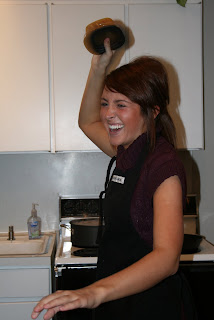 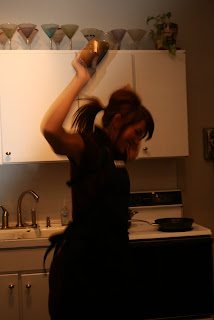 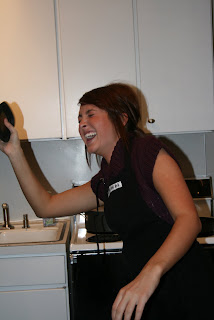 The carrots were amazing!  They roasted 2 pounds of baby carrots in the oven at 400 degrees for about 20 minutes with some seasoning and a little olive oil.  They were pulled out of the oven and drizzled with about 2 tablespoons of olive oil, 3 tablespoons of honey, and about 1 teaspoon of balsamic vinegar.  Pop them back into the oven for about 5 more minutes.  They were still a little crunchy, roasted to perfection & tasted wonderfully.

The asparagus was roasted at 400 degrees with olive oil, spices, and the juice of half a lemon.

The rosemary & garlic mashed redskin potatoes were soooo good thanks to Lyndsey!  The potatoes were cut into chunks {the skin stays on} and boiled until tender in salted water, then drained.  In a small sauce pan she sauteed some minced garlic and rosemary in a bit of olive oil, then took the pan off the heat and added butter and cream to let it absorb the flavors.  That whole mix went into the drained potatoes and were hand mashed to perfection.

The chicken was dredged in flour with seasoning, then into the pan with olive oil to brown on both sides.  Since we were doing so much {we made dinner for TWELVE!} we popped it into the oven to finish at 350 degrees.  Then we poured white wine & a cup of water from the potatoes in the pan to deglaze, let that reduce, added a pat of butter & some spices, then added some half and half stirring until creamy.  Delish! 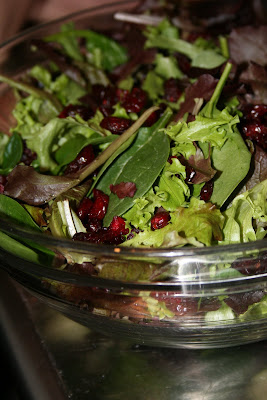 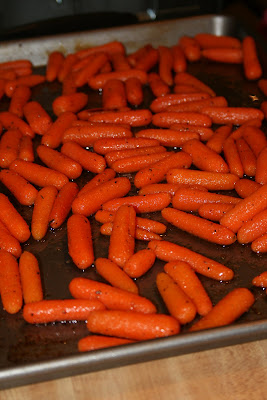 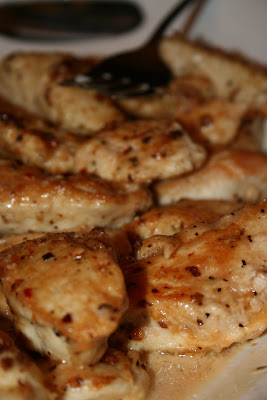 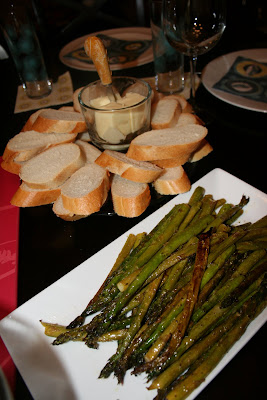 So there you have it.  A cooking lesson with my best girls.  It got rave reviews, but I'm pretty sure that is because our brothers will eat anything.  {Kidding!  It really WAS good.}  They wanted us to make it a weekly occurance and no one went to the hospital {my dad invited a doctor friend to join us just in case} for food poisoning.  A resounding success I'd say!  So, we're planning to do this again.  What would you like to see them learn to cook?

Give these Roasted Brussels Sprouts or Sauteed Red Cabbage a try!

Thanks so much for taking the time to add your thoughts! Comments on older posts are moderated, so if they don't get published immediately, don't despair.